NEW INFORMATION. May 2021 from Tomas Hataj of Czech Republic
Discovery of a Diary in Pilsen.
After the war, the 2nd Engineer Combat Battalion was stationed in Pilsen and the surrounding area. Czechs often asked American soldiers to sign diaries, photos or banknotes in memory of the end of war and liberation. One of these diaries was found in Pilsen a few weeks ago, after 76 years, and it contains 14 signatures of members of Company C, 2nd ECB of the 2nd Infantry Division. We managed to purchase the diary, which is now part of our collection and will be presented in the future as part of our planned exhibitions.
What was our surprise when the name of PFC Anthony E. Jannace appeared in this diary!!
So far, we have managed to identify 12 names out of 14 signatures. They are as follows:
Pfc. Anthony E. Jannace
Pfc. James N. Underwood
Pfc. Oliver P. Boyce
Pfc. Frank J. Wright
Pfc. Paul R. Brault
Pfc. Corliss O. Thomas, Jr.
Cpl. Paul G. Pascoe
Sgt. Frank W. Belicek
T/5 Rudolph Mikeska
Sgt. Bernardo C. Gutierrez
Pfc. James E. Clark
Pfc. Ralph A. Wagner 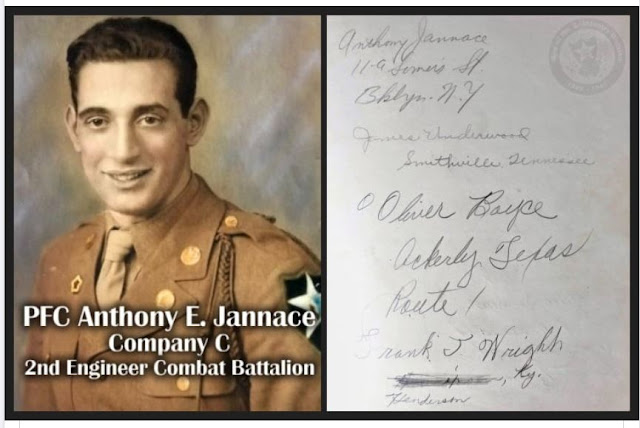 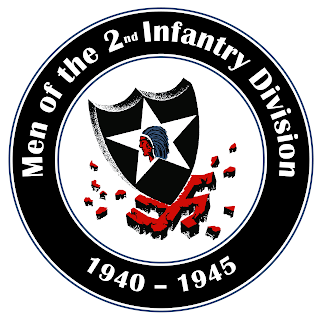 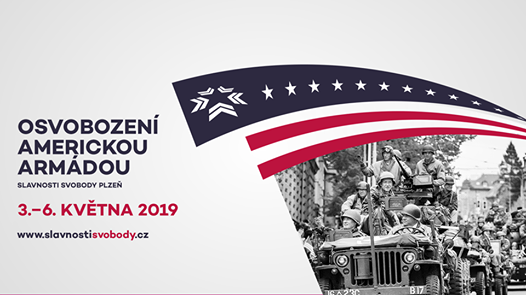 The liberation of Czechoslovakia by the Allied troops on May 1945 ended the European part of WW II. On May 4, Gen. Eisenhower ordered an advancement into Czechoslovakia. American operations began and on May 6, American soldiers entered Pilsen. Celebration erupted that day, but an annual official celebration had to wait until 1989 after the Velvet Revolution.

Every May starting in 1990, Pilsen goes back to 1945 with a Liberation Festival. Veterans, people from around the world and the Czech people celebrate for four days. It is an emotional event. With the decrease of WW II veterans there have been changes in some programs to make sure the new generation and the school children will never forget what happened in May 1945 and to strengthen the importance of their present freedom. Freedom can be lost as it was in WW II. It must never happen again.

The Festival is divided with a variety of events. There is the always the convoy of historical military vehicles, meetings at Memorial locations including laying of wreaths and speaking to past and present soldiers. Societies dealing with music, present military equipment and activities, as well as reenactments by the KVH Tommy & Yankee Z.S. Plzeň KVH (Facebook pages below) of the past allows all ages and interests to be thankful for this annual festival. 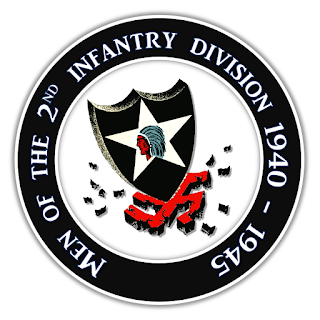 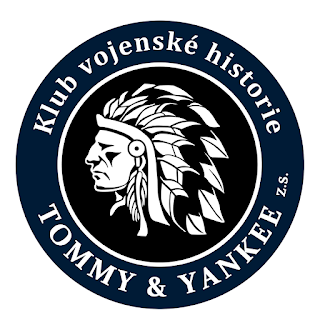 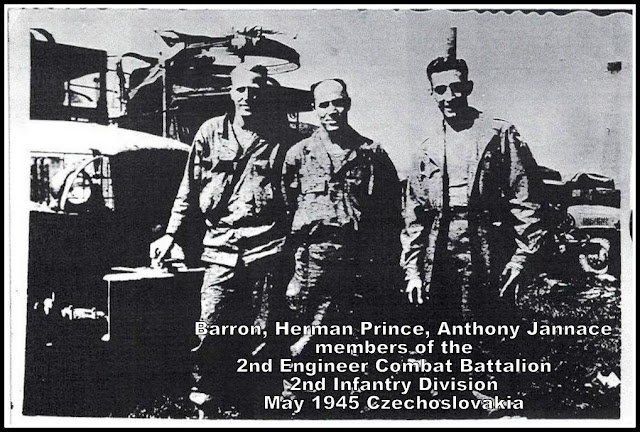 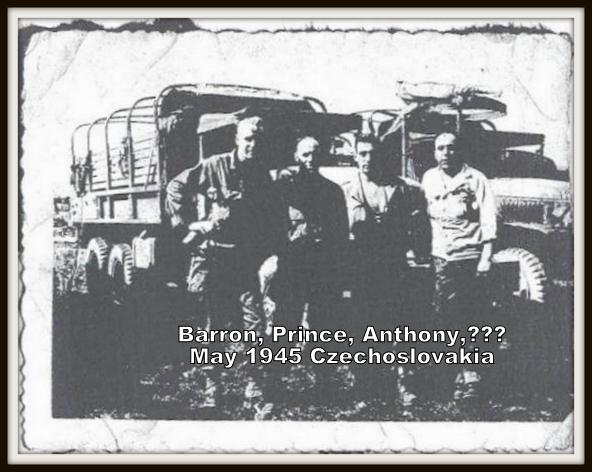 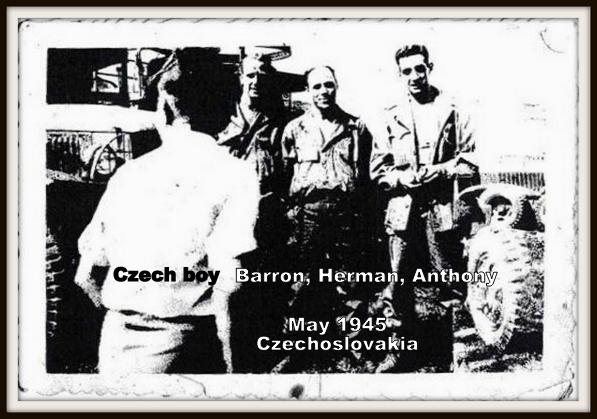 Looking at the Combat History of the Second Infantry Division in World War II on pages 165..... there is the HISTORY OF THE SECOND ENGINEER BATTALION: Though there is history written about them before World War II, I am just sharing here their part in WW II. They followed exactly the same sequence as my uncle including landing on Omaha Beach June 7, 1944.
"In November, 1942, the Battalion moved to Camp McCoy, Wisconsin, and engaged in winter training and winter maneuvers. In October 1943, the Battalion moved to the New York Port of Embarkation, sailing on October 8 on the S. S. Hawaiian hipper. Landing at Belfast on October 18, the Battalion was stationed for six months at Drumbanagher Castle, North Ireland. In April, 1944, the Battalion crossed the Irish Sea to Wales, and in late May moved to the marshaling areas to prepare for the invasion of France. Landing on Omaha Beach Normandy, on June 7, the Battalion fought through four countries as a unit of the 2nd Infantry Division, earning the Distinguished Unit Citation and battle honors for the Normandy, Northern France, Ardennes, Rhineland and Central Europe campaigns."
"Combat engineers played important roles in numerous World War II battles, especially breaching the heavily fortified Siegfried Line protecting the German border and numerous defensive lines established by the Wehrmacht in Italy, including the Gustav Line. Among the most familiar for their heroism and contributions to establishing key bridgeheads in the European Theater was at the Ludendorff Bridge at the Battle of Remagen."

SPECIAL CITATION
Copy of this citation accompanying Battle Honors recently awarded this Battalion is published for the information of all concerned:

“The Second Engineer Combat Battalion is cited for outstanding performance of duty in action against the enemy during the period, 13 December 1944 to 20 December 1944 in areas around ***, Belgium.

As its  initial assignment, the Battalion proceeded to remove numerous road blocks, obstacles, and minefields on the only available supply road for the attack of the Division. This work was done under heavy artillery and mortar fire , within sight of the enemy, against adverse weather and over snow blanketed minefields. This road was cleared and opened up abreast , or even ahead of the assaulting Infantry troops advancing in the woods on either side.

With the sudden German counter offensive in the West, one company of the Battalion was sent from the rear in bivouac and suffered severe casualties. Pulling itself together, this company furiously fought back against the German armored spearhead, destroying several tanks and many Infantrymen. Pocketed elements held out for three days, though completely surrounded , until all ammunition and food was exhausted, when they were finally overcome.

Still other elements of the Battalion were twice thrown into the line as the only Infantry reserves to withstand the German push in the rear flank of the Division.  Another company constructed a final barrier and obstacle belt behind our withdrawing Infantry. Mines, road blocks and demolitions were placed under heavy enemy fire and amidst infiltrating enemy Infantry on all sides, thus delaying his pursuit of our withdrawal.

Without rest from duties or clearing roads for advancing fighting as Infantry, and placing road blocks and obstacles for withdrawal, the Second Engineer Combat Battalion took up its all important mission of keeping the only escape route for the Division open.  This was a newly constructed one way road  across swamps and hills which in spite of severest conditions of melting snow and ice, drizzling rain, was kept passable for the unending  columns of tanks and trucks of the major part of two Divisions which had to withdraw over this route.  The men of the Battalion worked unceasingly, night and day, until the last vehicle of the Division was successfully extricated.

All through the days of attack and withdrawal, the Second Engineer Combat Battalion skillfully, speedily, and courageously executed their tasks to assist and protect the Second Infantry Division in its combat missions. Through the seven day period, the Battalion worked and fought continuously suffering approximately twenty five percent casualties.  The outstanding performance of the officers and men of this unit, under  exceptionally difficult and hazardous conditions, exemplifies their deep devotion to duty and the highest traditions of the Corps of Engineers and the United States Army.
------------------------------------ 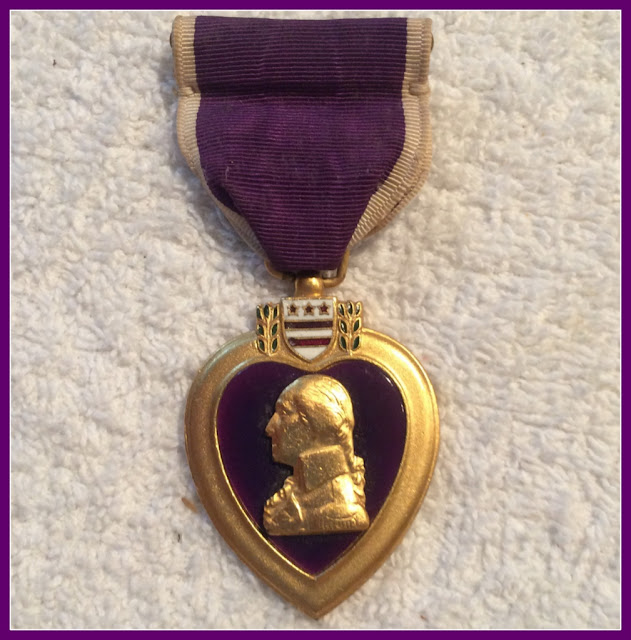 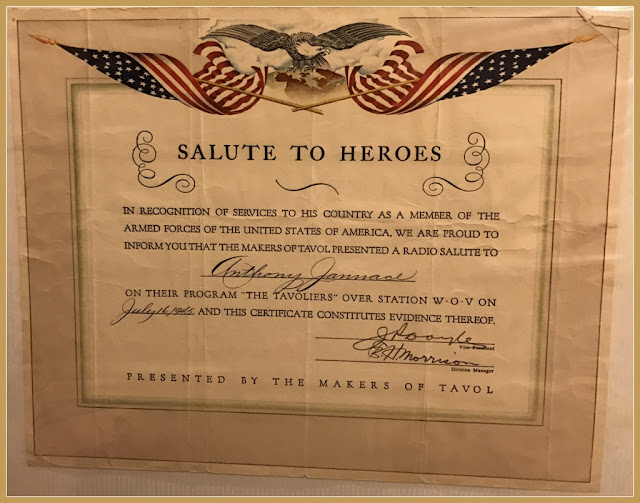 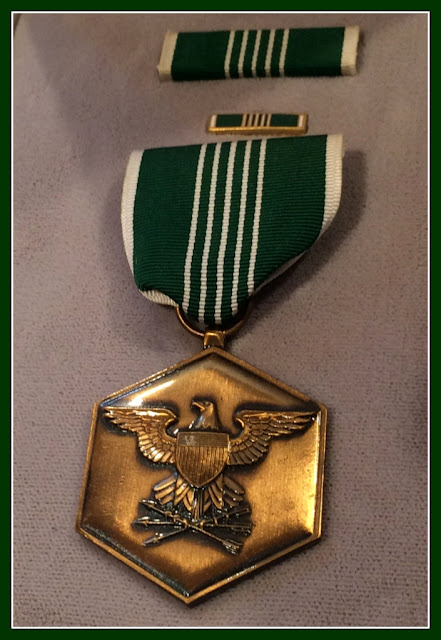 US Army Medal of Commendation
presented for sustained acts of
heroism and meritorious service. 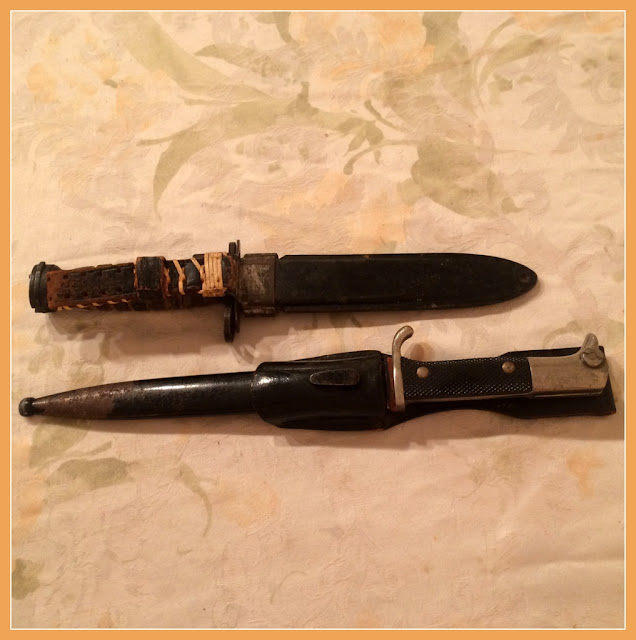 Bayonet issued by the U.S.A. Government
Other Bayonet was from the Nazi SS 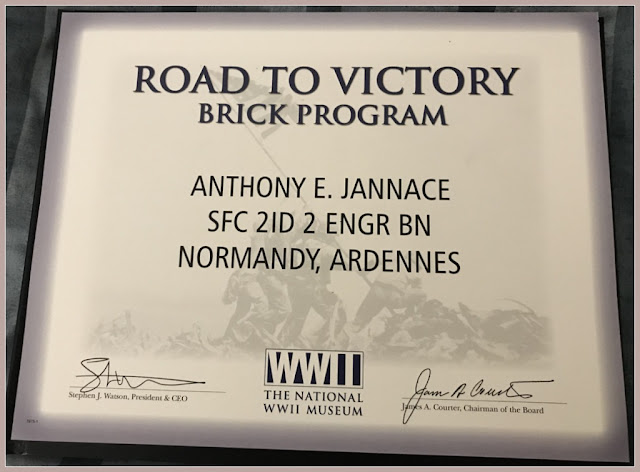 Road to Victory
A brick was purchased by the veteran
or a family member to be placed at
the WW II Museum in New Orleans, LA
2019 Pilsen Liberation Festival Schedule 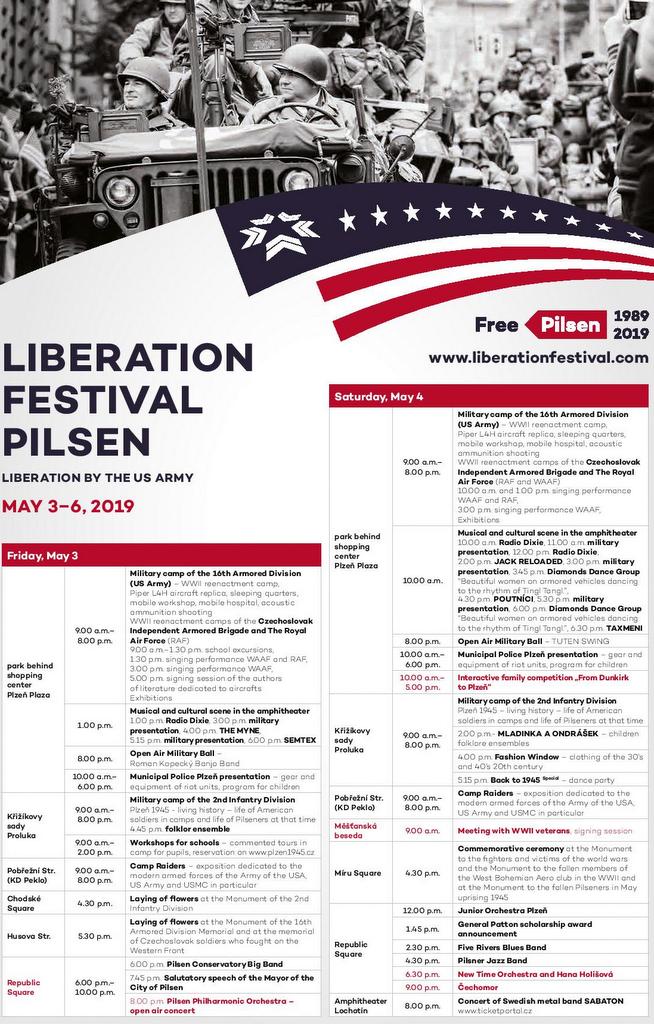 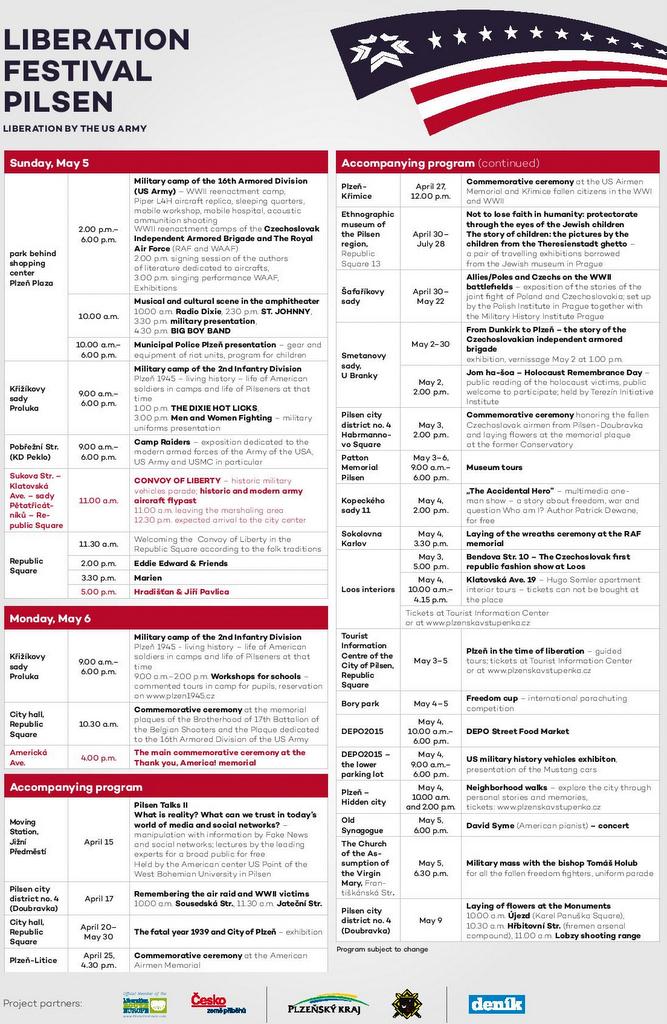 DROP DOWN MENU OF ALL POSTS